It is a shame that football matches take place in Baku, where the prisons are full of Armenian prisoners of war together with their own journalists and dissidents. These football events are happening not far from the “Trophy park”, which many countries have labeled as disgusting, in which, among other things, helmets of killed Armenian soldiers are exhibited. 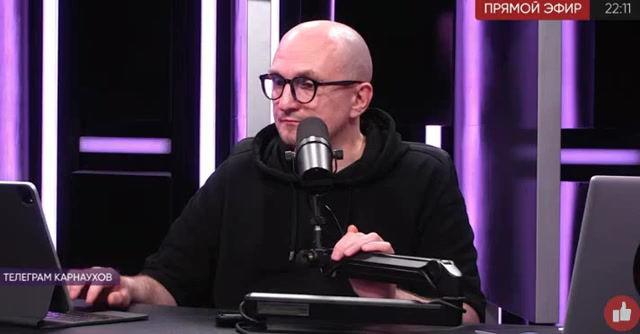 The incident during #FreeArmenianPOWs protest in Moscow

Follow us on social media to be notified for the latest call to action.

ORGANIZE A PROTEST IN YOUR CITY

Join the movement by organizing a protest in your city. For details contact us through email or social media.

15 Armenian POWs are returning home to Yerevan from Azerbaijani captivity in exchange for maps of minefields of occupied Artsakh’s Varanda and Kovsakan regions Reminder!! A statement with 9 points was signed November 9th, 2020. Point 8 states - The parties shall exchange prisoners of war, hostages and other detained persons on the immediate and unconditional basis.
00:47

15 Armenian POWs are returning home to Yerevan from Azerbaijani captivity in exchange for maps of minefields of occupied Artsakh’s Varanda and Kovsakan regions Reminder!! A statement with 9 points was signed November 9th, 2020. Point 8 states - The parties shall exchange prisoners of war, hostages and other detained persons on the immediate and unconditional basis. #FreeArmenianPOWs #StopAliyev #SanctionAzerbaijan These are our pages, please follow To be kept up to date with the #FreeArmenianPOWs Global Protests. 👇🏻 https://freearmenianpows.com Facebook: https://facebook.com/FreeArmenianPOWsGlobal/ Instagram: https://www.instagram.com/freearmenianpowsglobal/ Twitter: https://twitter.com/FreeArmenianPOW
01:02

On July 3, 2021, Baku is scheduled to host one of the quarterfinals of the EURO 2020 football tournament. We are petitioning the UEFA Executive Committee to make this contingent on Azerbaijan releasing all illegally held Armenian hostages and prisoners of war POWs. Azerbaijan’s authoritarian government, led by President Ilhan Aliyev, has been involved in military aggression against Armenia and Artsakh, human rights abuses and atrocities, and political repression at home. On September 27th, 2020, Azerbaijan launched an illegal war against the Republic of Artsakh with the help of thousands of paid jihadist mercenaries from Syria. The war ended on November 9, 2020, but Azerbaijan continues to hold more than 200 Armenian POWs and civilian captives. In the Spring of 2021, Azerbaijan invaded and now occupies parts of the Republic of Armenia, in violation of the basic norms of international law, and has kidnapped Armenian citizens as well. Captives are held in deplorable conditions and tortured. A recent report by Human Rights Watch has confirmed the extrajudicial torture and subsequent murder of 19 people. On June 16, a sham trial of 14 Armenian POWs was launched in a Baku court, a few kilometers away from the Olympic Stadium where the EURO 2020 quarter final is scheduled to take place. A state-sanctioned military Trophy Park exhibiting the helmets of young Armenian soldiers killed in action was recently opened in the vicinity of the same Olympic Stadium. By agreeing to hold these quarterfinals in Baku under current conditions, the UEFA Executive Committee becomes complicit in these ongoing human rights violations as well as the Aliyev government’s active disinformation campaign and sportswashing. This would directly contradict UEFA’s stated human rights commitments. UEFA cannot possibly allow a EURO 2020 quarterfinal game to proceed in Baku while prisoners of war and civilian detainees are being subjected to sham trials, or worse, are being tortured and killed in the same city. We, the undersigned, request that the UEFA demand the unconditional release of Azerbaijan's illegally held Armenian captives and revoke Baku’s July 3rd hosting rights if it refuses to do so. For more information, please read our Open Letter to UEFA. !!! PLEASE SIGN THIS PETITION AND SHARE IT WIDELY !!! If enough people sign, there’s a good chance that Azerbaijan will be forced to release all remaining Armenian captives prior to July 3rd in order to avoid the international humiliation of having its hosting rights to the EURO 2020 quarterfinal revoked. http://chng.it/jyLhJvrWPt
01:51

Don't be silent! Raise your voice and stand up for Human Rights. Governments all over the world are calling for the immediate release of Armenian #POWs #UntilTheyAreHome 7 Months later and Azerbaijan still illegally holds over 200 Armenian #POWs hostage! This goes against Geneva Conventions and international #HumanRights laws. #FreeArmenianHostages #FreeArmenianPOWs #UntilTheyAreHome #SanctionAzerbaijan #StopAliyev
01:02

UEFA Euro 2020 is hosted in Baku for 4 matches at Baku Olympic Stadium, only few KMs away from the prisons where over 200 Armenian Prisoners of War are being kept illegally right now! At least 19 of them have been mutilated and killed. The stadium is also very close to the infamous military trophy park of humiliation and disgrace. Baku is violating #HumanRights, International Humanitarian laws and the Geneva Conventions, while you play and cheer in the same city. Stand up for Justice and Human Rights. This is happening right now! #BoycottAzerbaijan #FreeArmenianPOWs Stop the Games #UntilTheyAreHome #Euro2020 #UEFA2020
05:31

Armenians and human rights advocates around the world, are united in demanding the immediate cessation of the ongoing Azerbaijani military aggression against the Republic of Armenia. At this very moment, Azerbaijan, this same authoritarian regime, is also illegally detaining more than 200 Armenian prisoners of war - both soldier and civilian, men and women. For the third time in less than 2 months, human rights advocates and fellow citizens are gathered in Berlin, Boston, Brancaleone, Copenhagen, Geneva, Hamburg, Lausanne, Leipzig, London, Los Angeles, Lugano, Montreal, Moscow, New York, Paris, Prague, Rio de Janeiro, Sao Paulo, Sofia, Strasbourg, Tbilisi, The Hague, Toronto, Warsaw, Zagreb and Zurich to demand the immediate and unconditional release of the illegally detained Armenian prisoners of war, captive in inhumane conditions in Azerbaijan since the end of the second Karabakh war in November 2020. 200 days of illegal detainment and torture. During the past 8 months, Azerbaijan had been exponentially breaching international humanitarian laws and, more dangerously, Baku failed in abiding by the ceasefire statement that was signed on November 9, 2020, which clearly demands to end all hostilities and to exchange civil and war prisoners, hostages, and all other detainees without any delay. Azerbaijan is until now continuing its military aggression, this time directly against Armenia. INARGUABLY, Azerbaijan is not respecting international laws: it is bluntly challenging the international community by violating the Geneva Conventions. Azerbaijan's violations and disregard of international law have only worsened. On May 12 2021, the Azerbaijani troops breached the territorial integrity of the Republic of Armenia by hostile incursions along its internationally recognized borders. With each day that passes, with Azerbaijan continuing its aggressive behaviour without consequence, dictatorships around the world are given a clear message: committing War crimes and breaking International Law can go unpunished. Thus, this is not only an issue facing Armenians, but one facing the entire world. Our governments MUST denounce the authoritarian regime in Azerbaijan; our governments must directly stop Ilham Aliyev’s bloody adventures that may result in a total war in the Southern Caucasus, endangering global peace and security. We stand united in demanding the immediate intervention of our governments to halt the Azerbaijani aggressions against Armenia and in demanding the immediate and unconditional release of all Armenian civil and war prisoners. The global movement to release the Armenian prisoners of war is a non-state, non-religious, non-partisan network of human rights advocates, originated in the Armenian diaspora. #FreeArmenianHostages #FreeArmenianPOWs #UntilTheyAreHome #SanctionAzerbaijan #StopAliyev #HandsOffArmenia

Why is the Release of All Armenian POWs Urgent?

For more details on the inhuman treatment of Armenian POWs see the following reports:

*GRAPHIC CONTENT*  For handpicked evidence of torture you can visit azeriwarcrimes.org

Video Reports on Armenian POWs abuses and other War Crimes

War Crimes committed by Azerbaijan during
2020 Artsakh Invasion
by Hayren published on April 18, 2021.

Join the global protest network to #FreeArmenianPOWs.
Contact us to learn more.